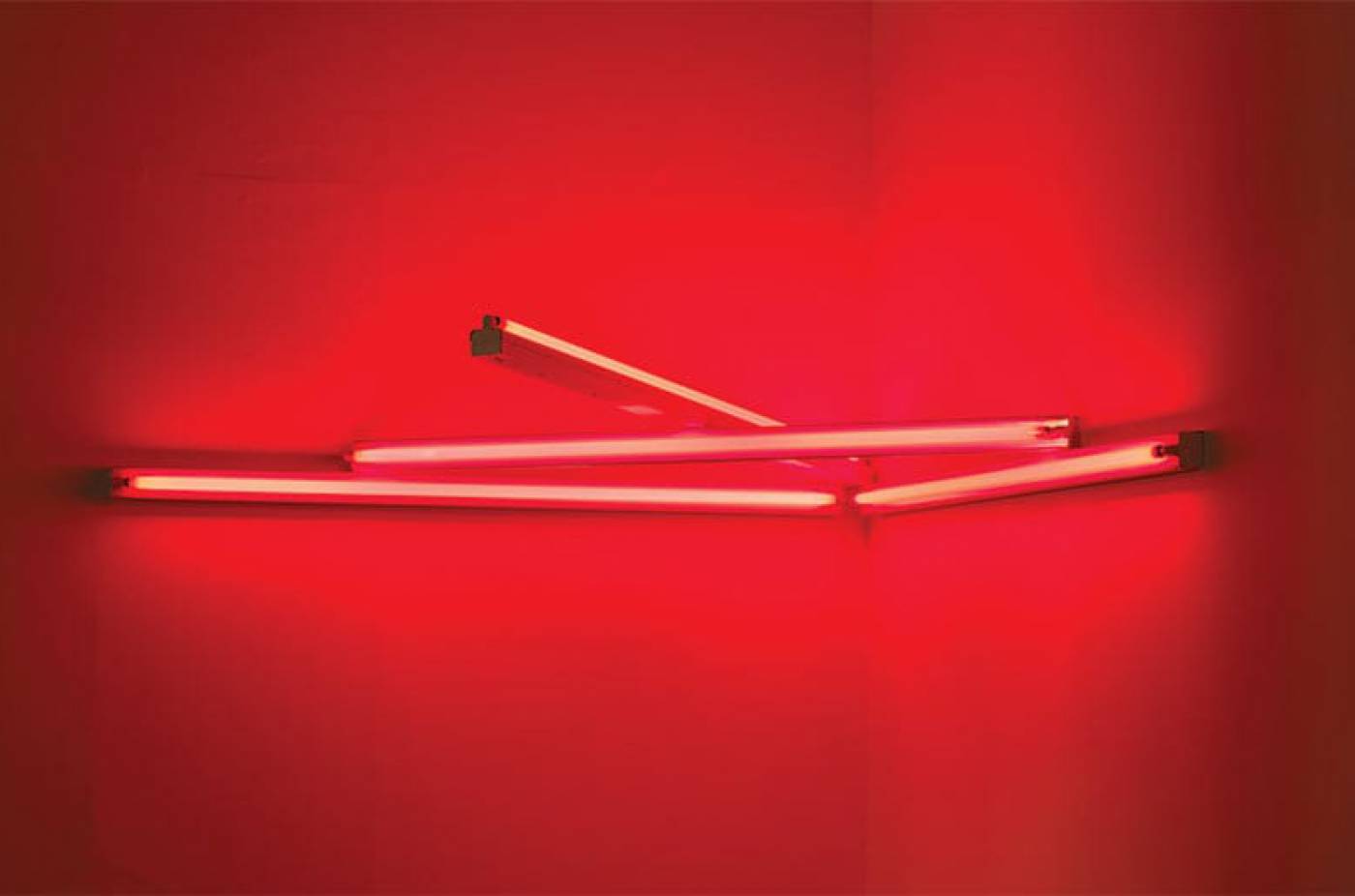 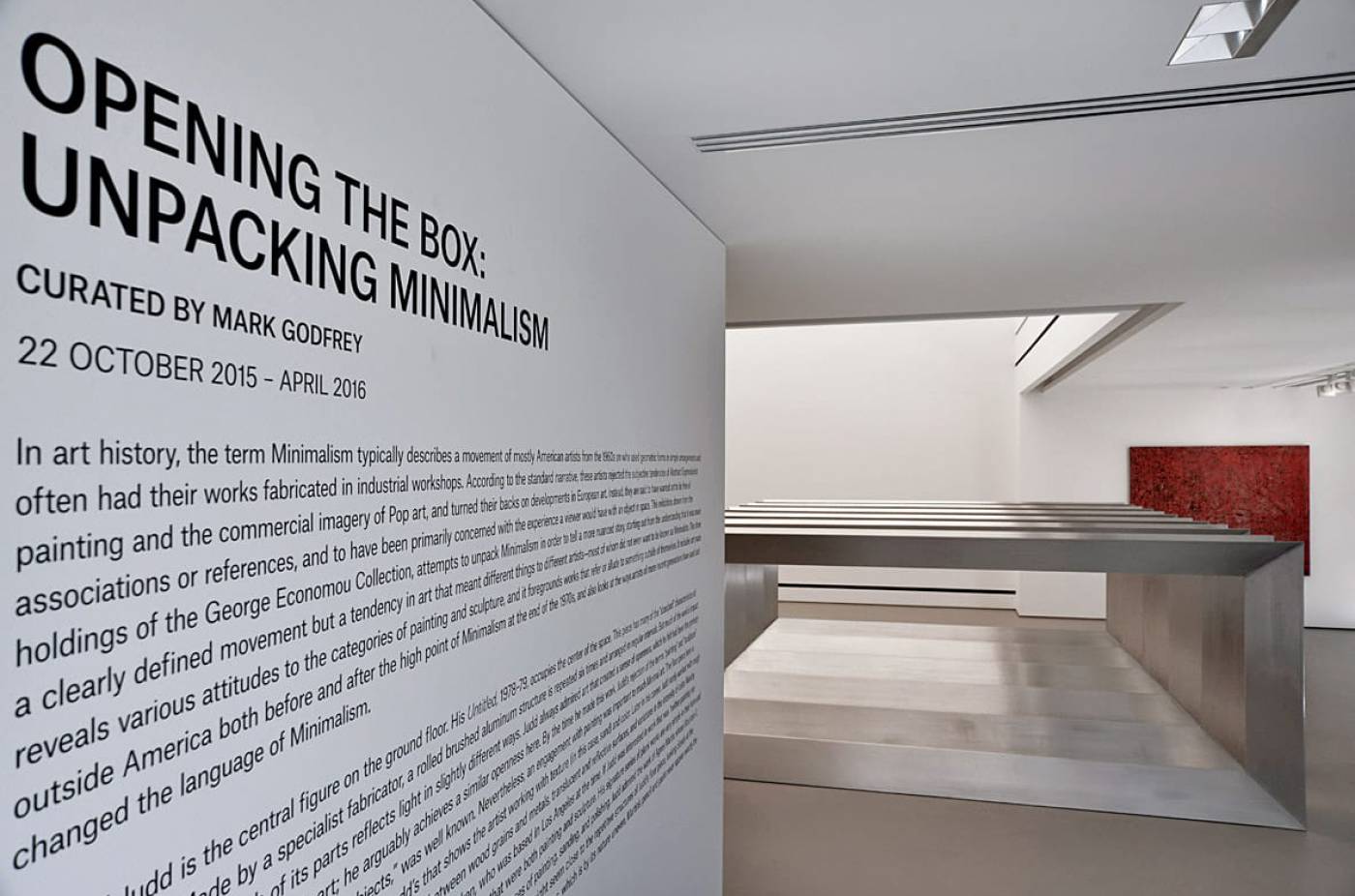 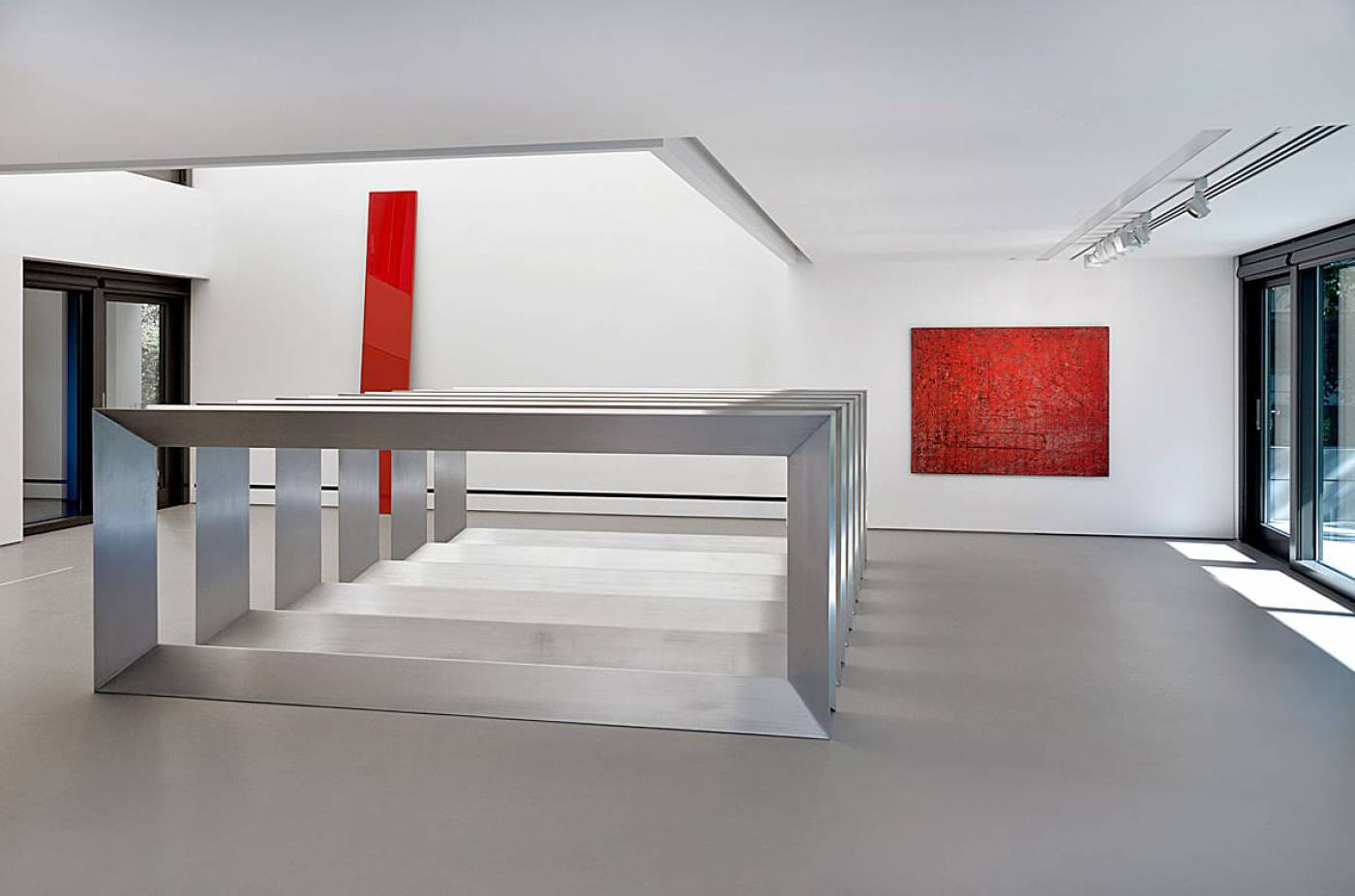 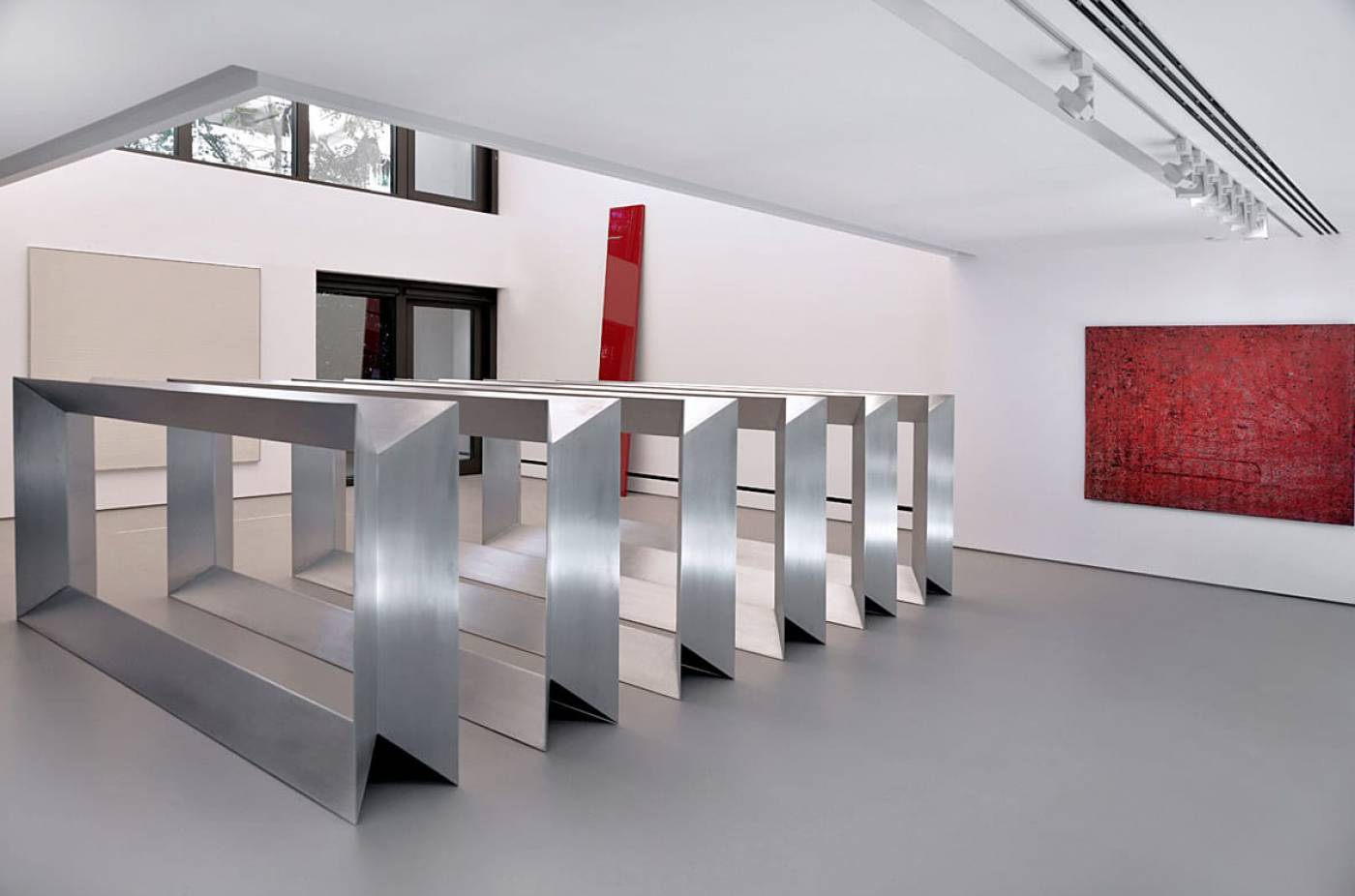 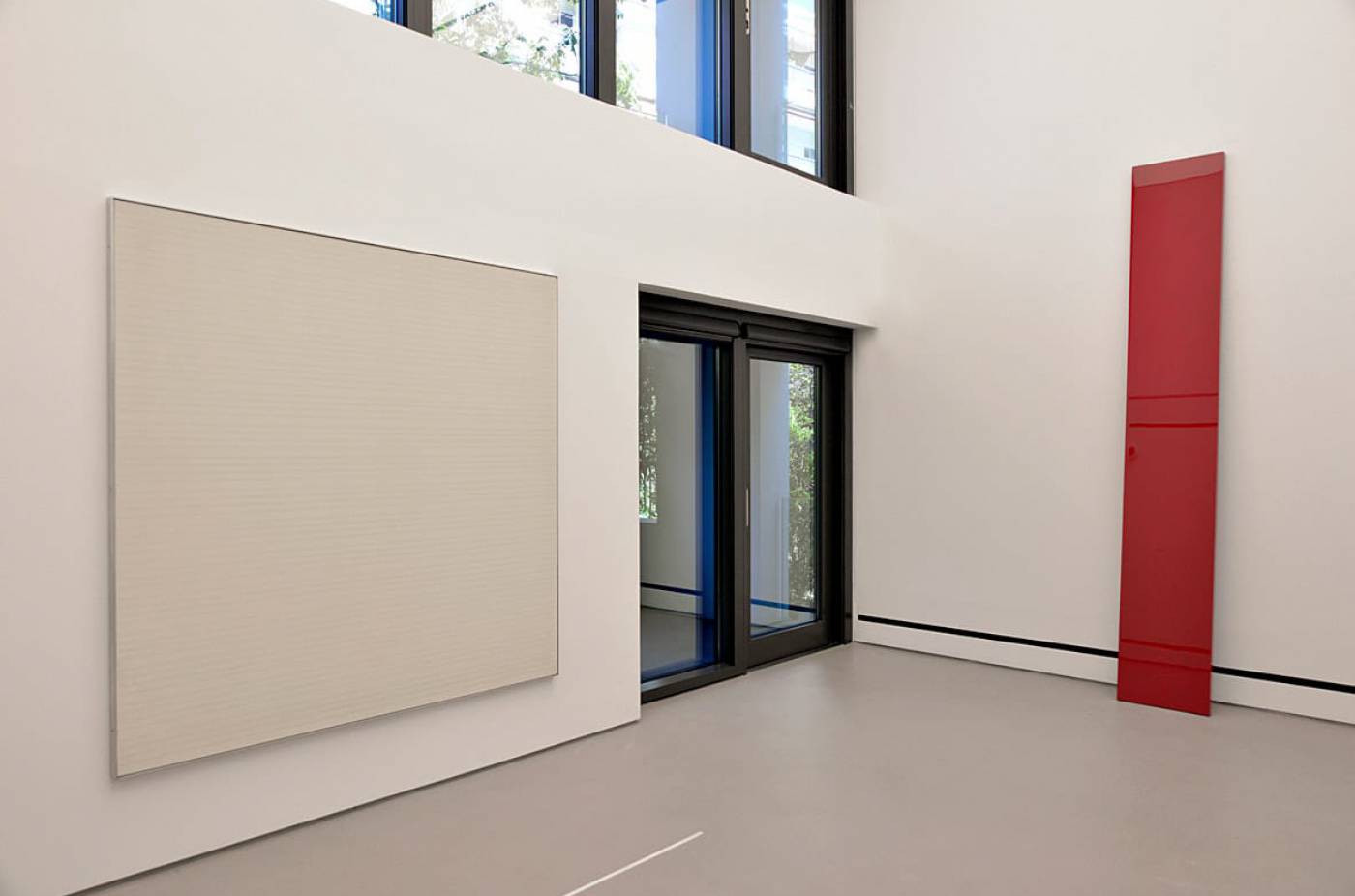 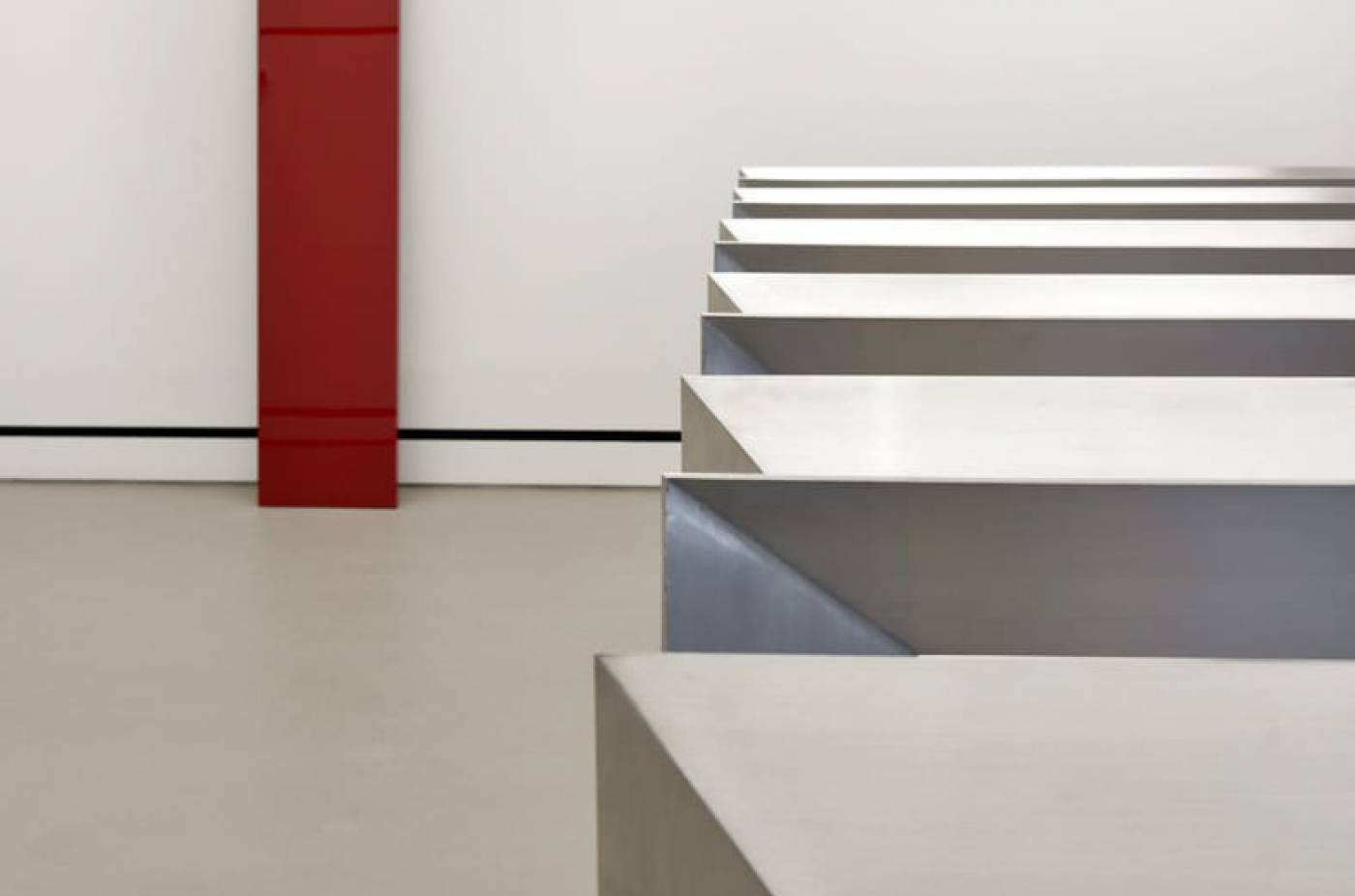 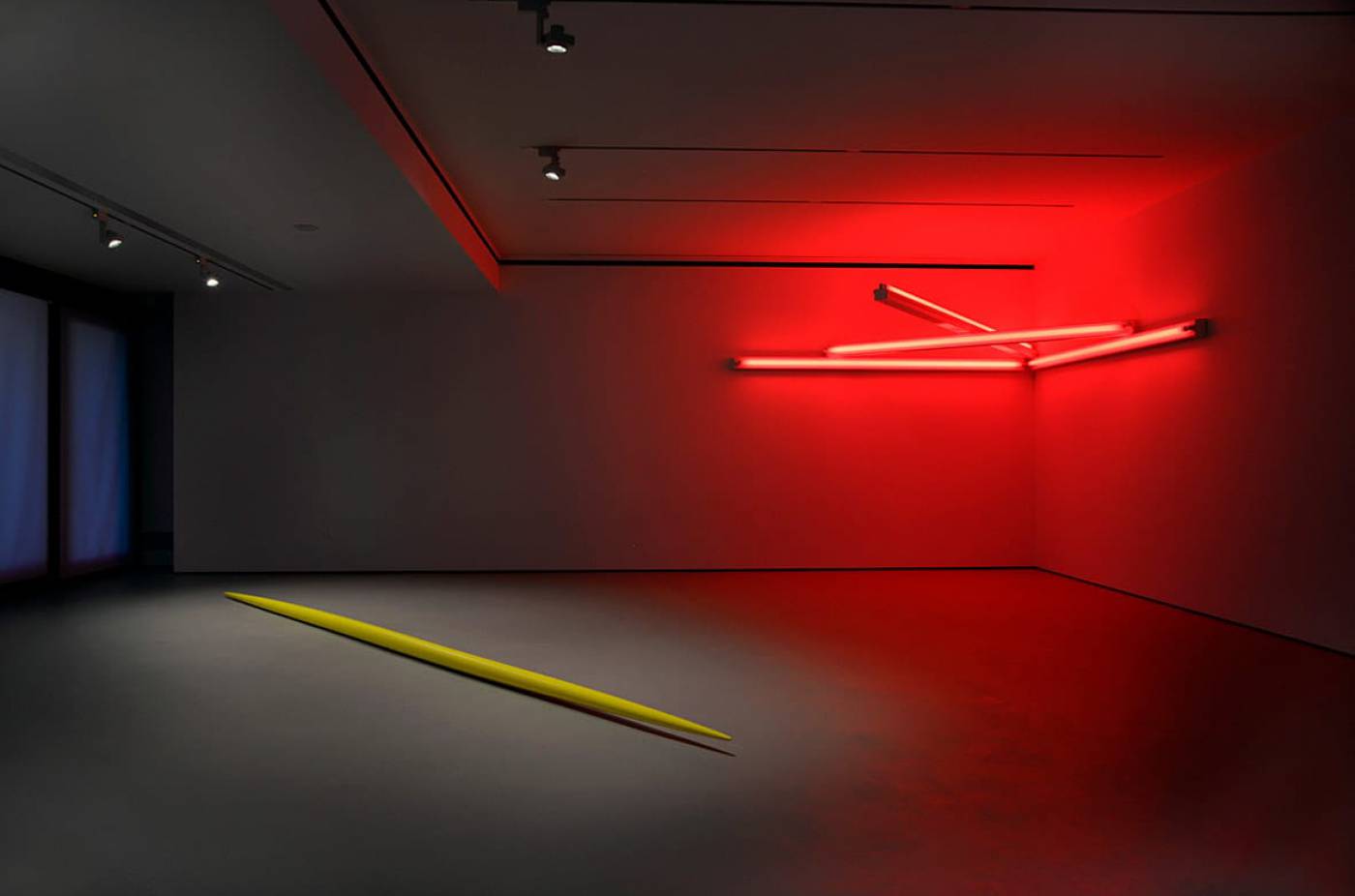 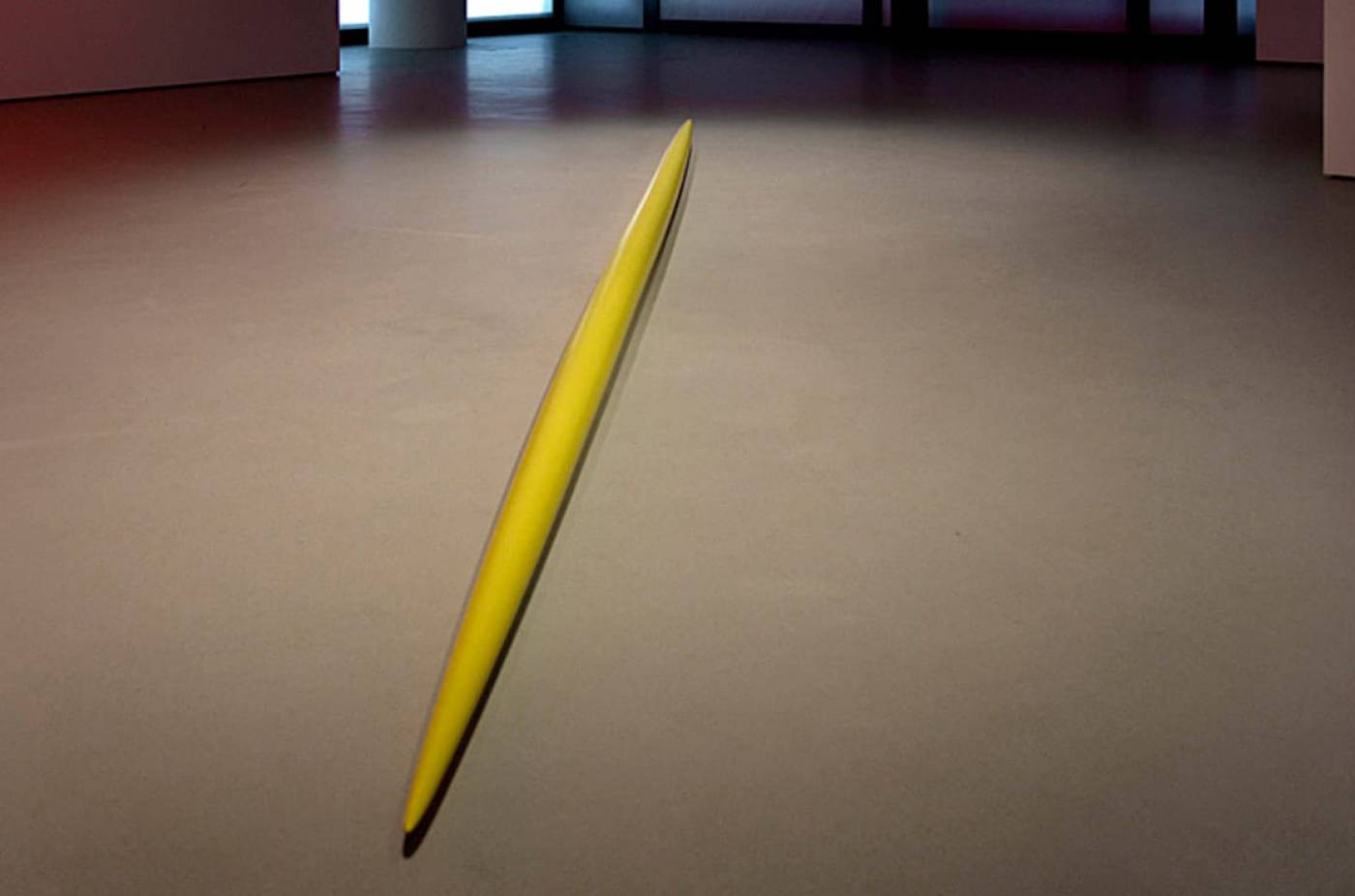 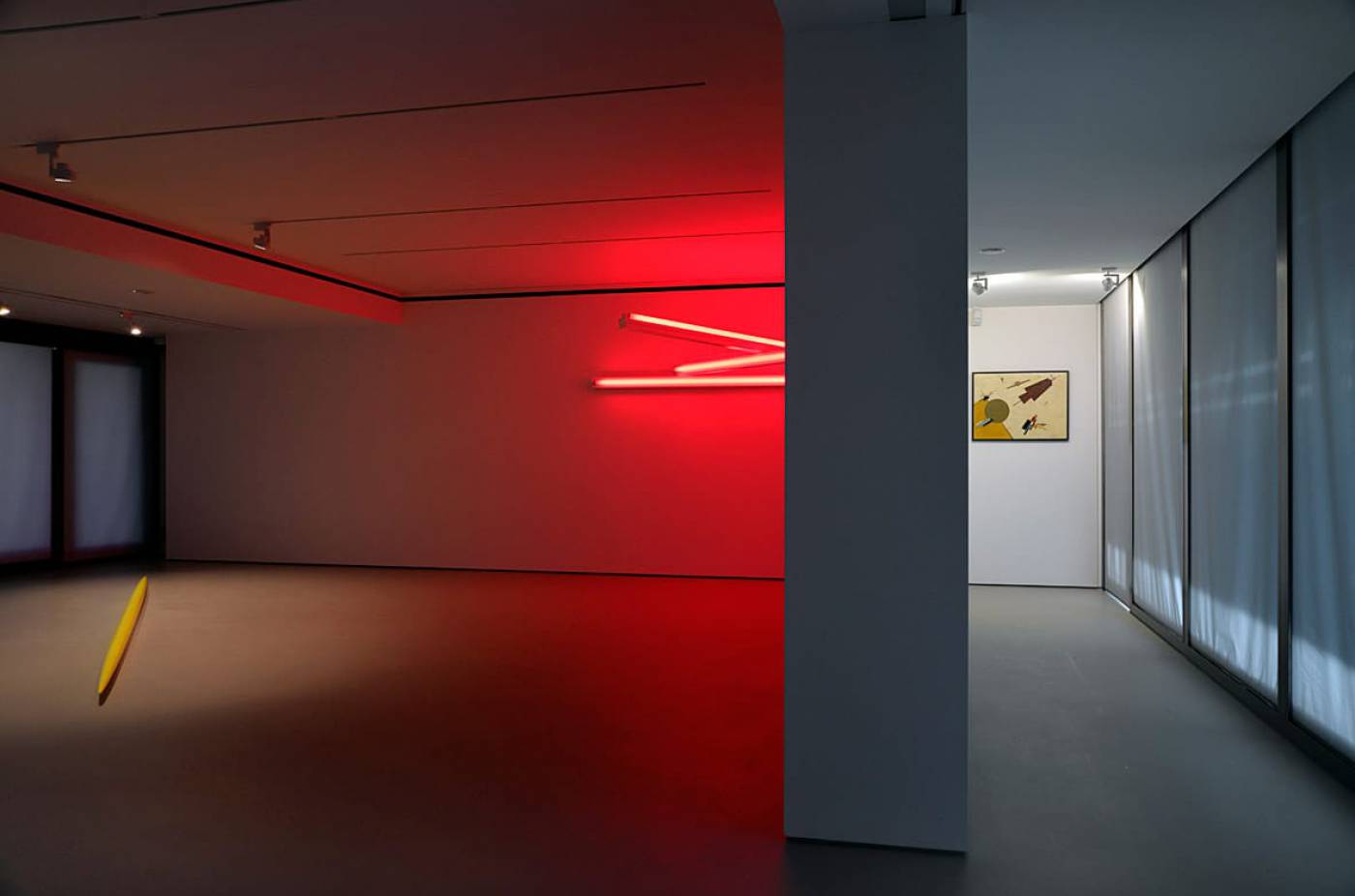 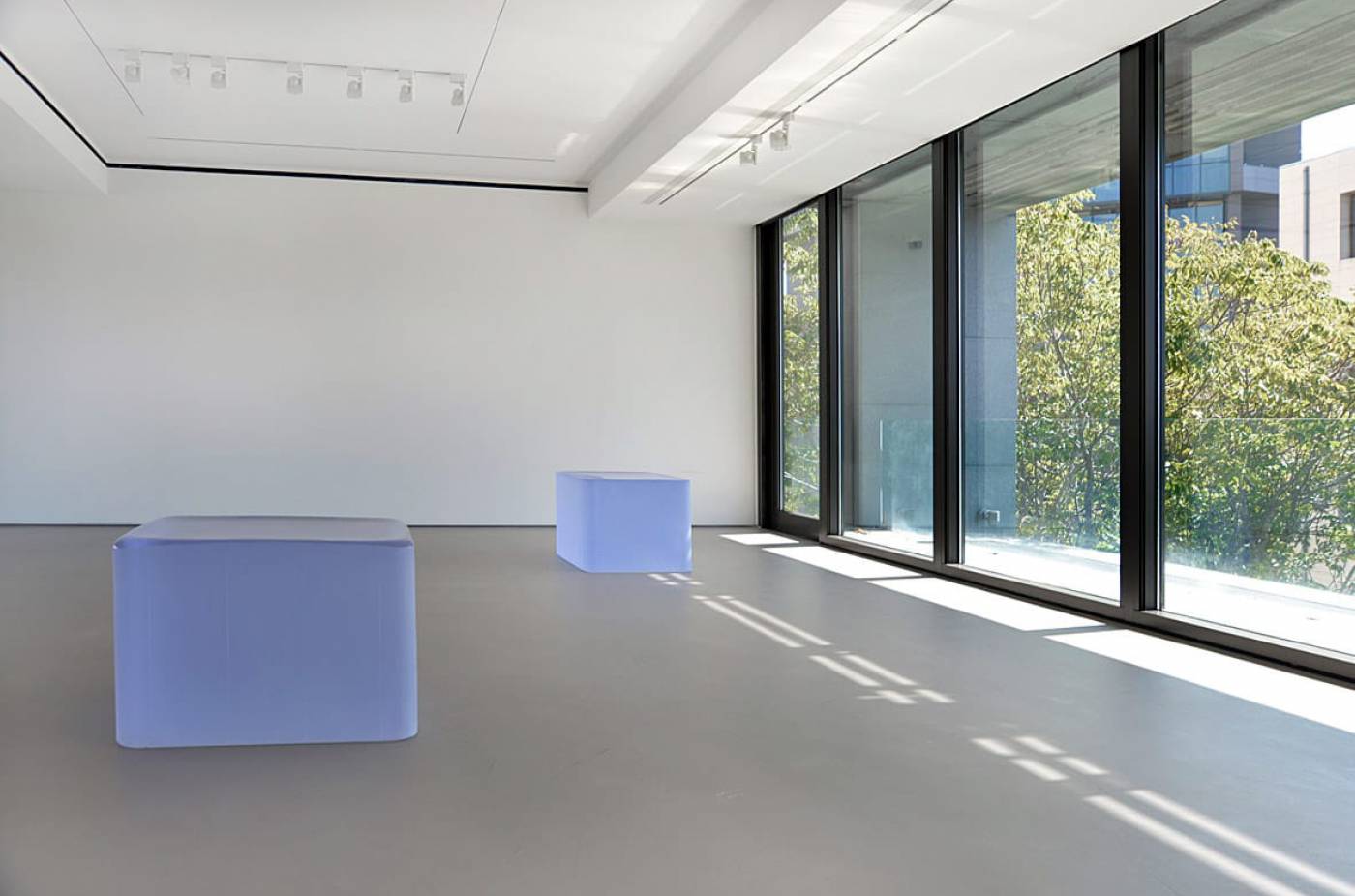 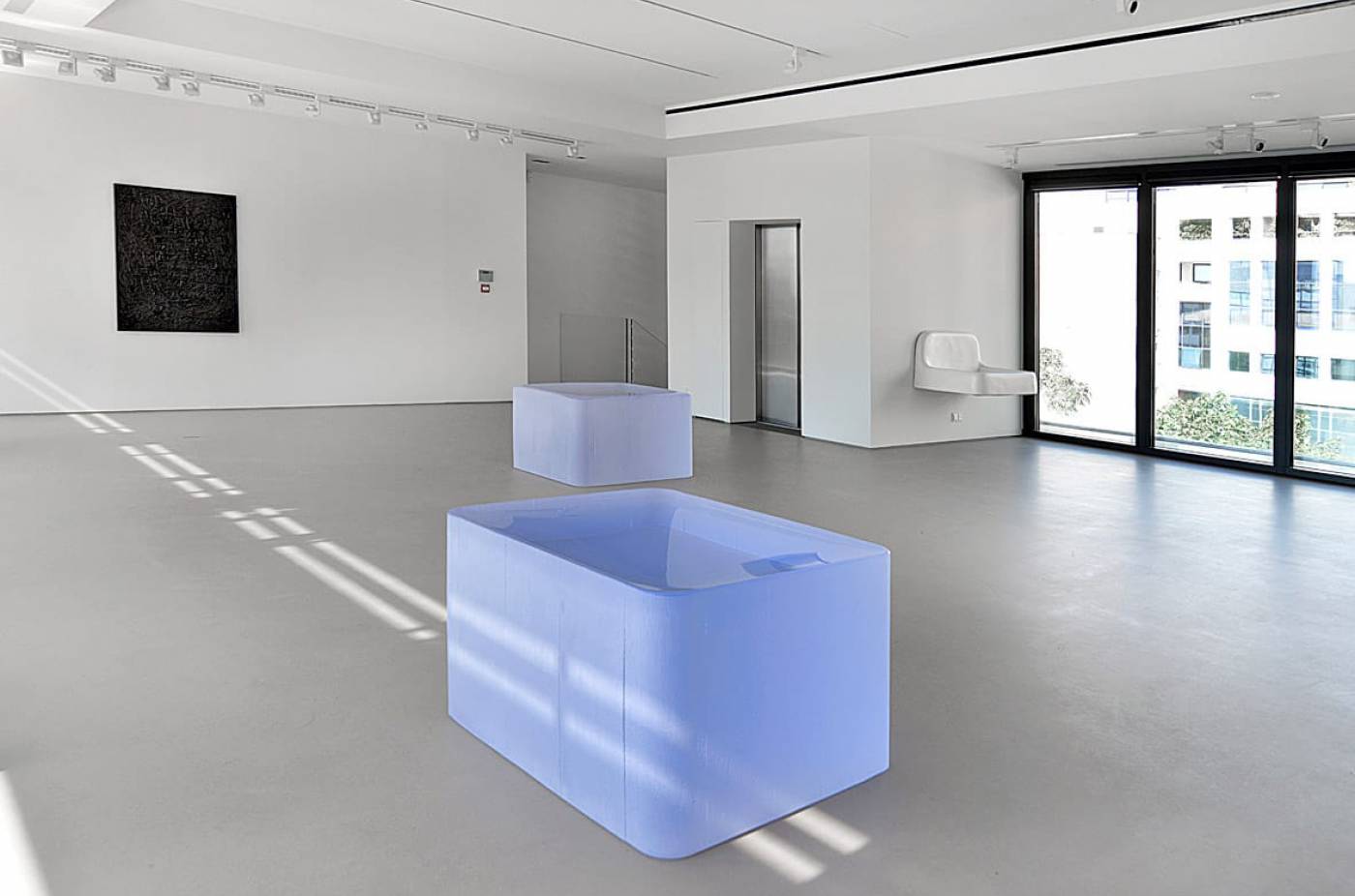 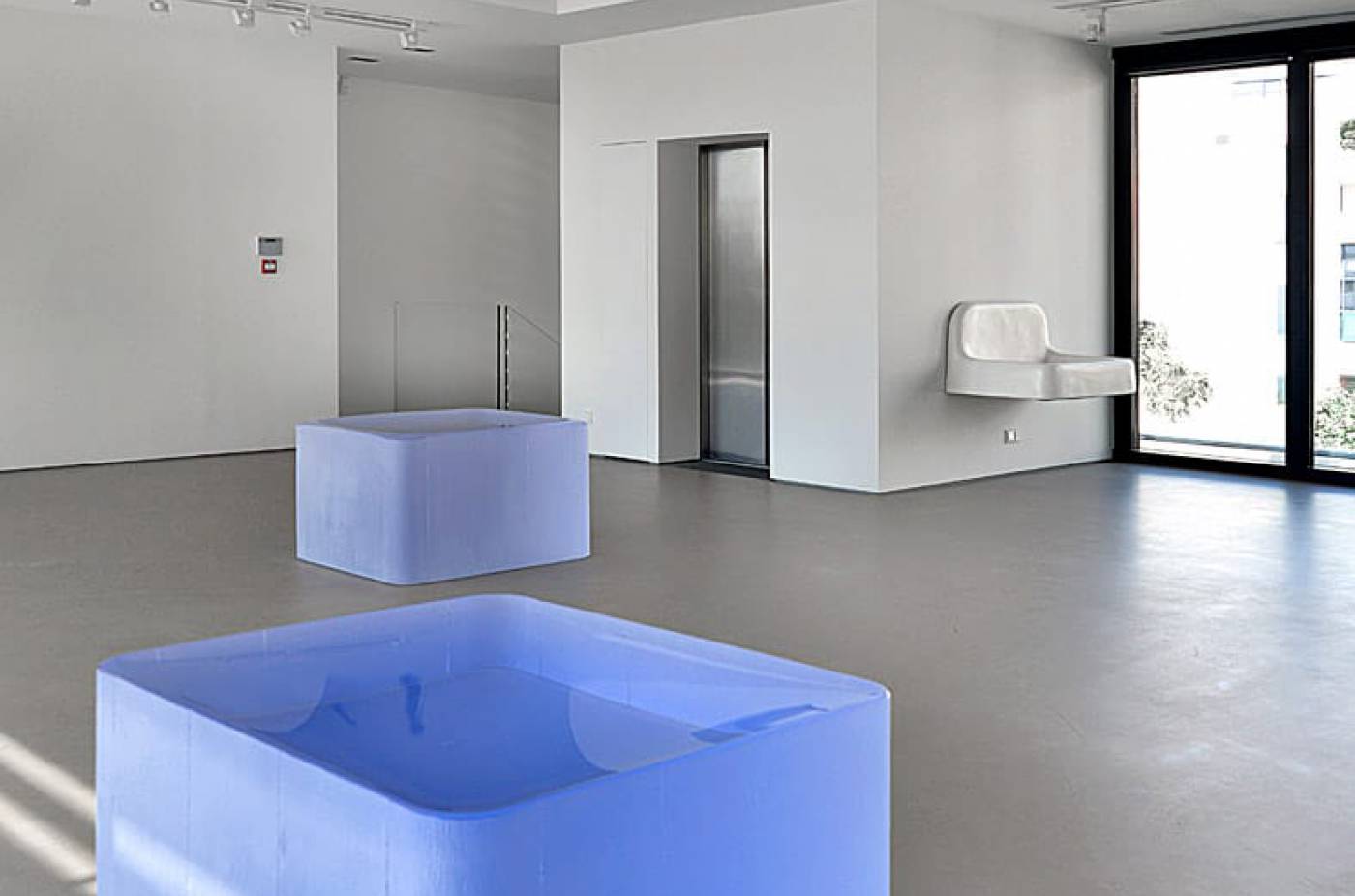 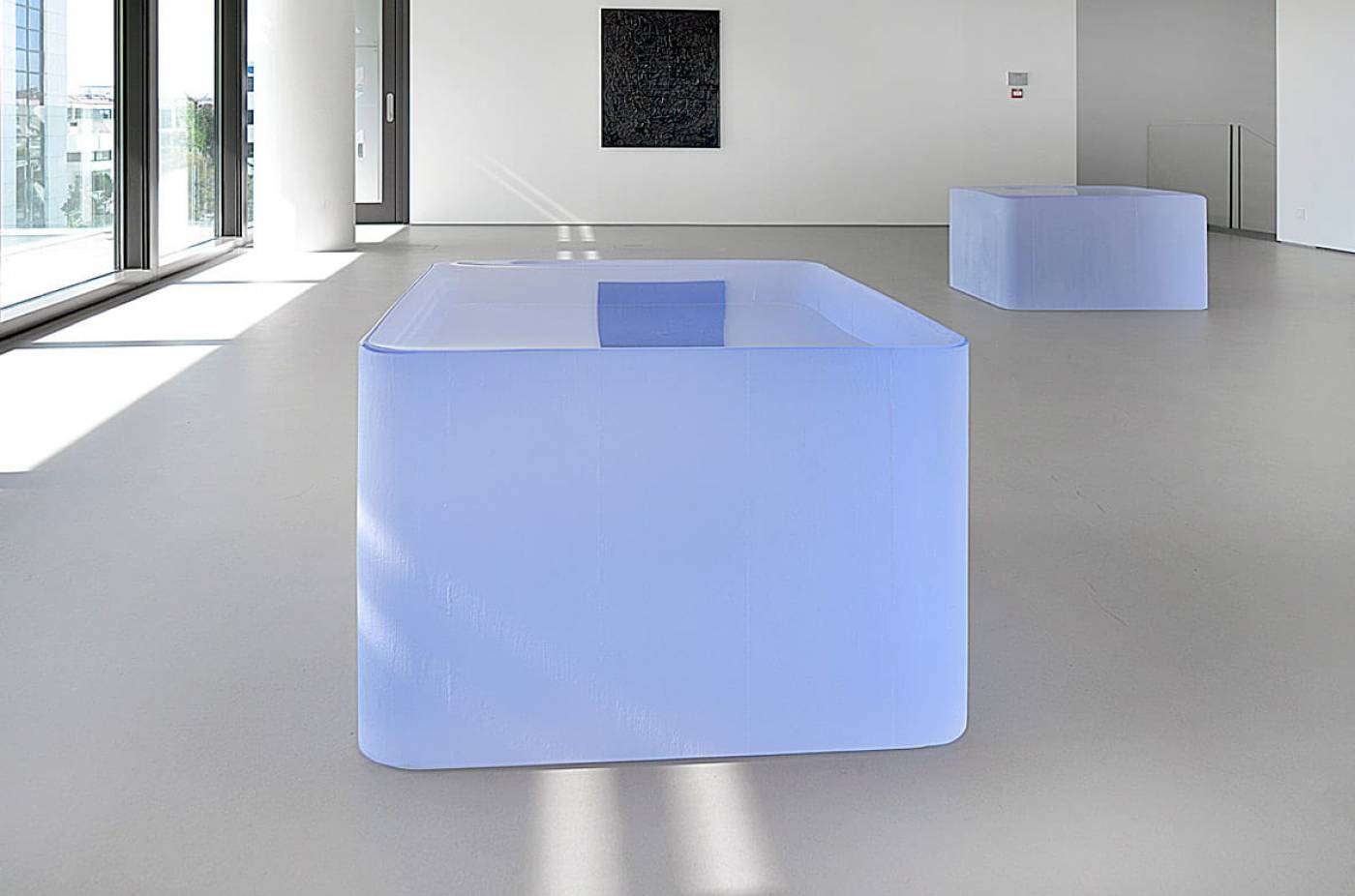 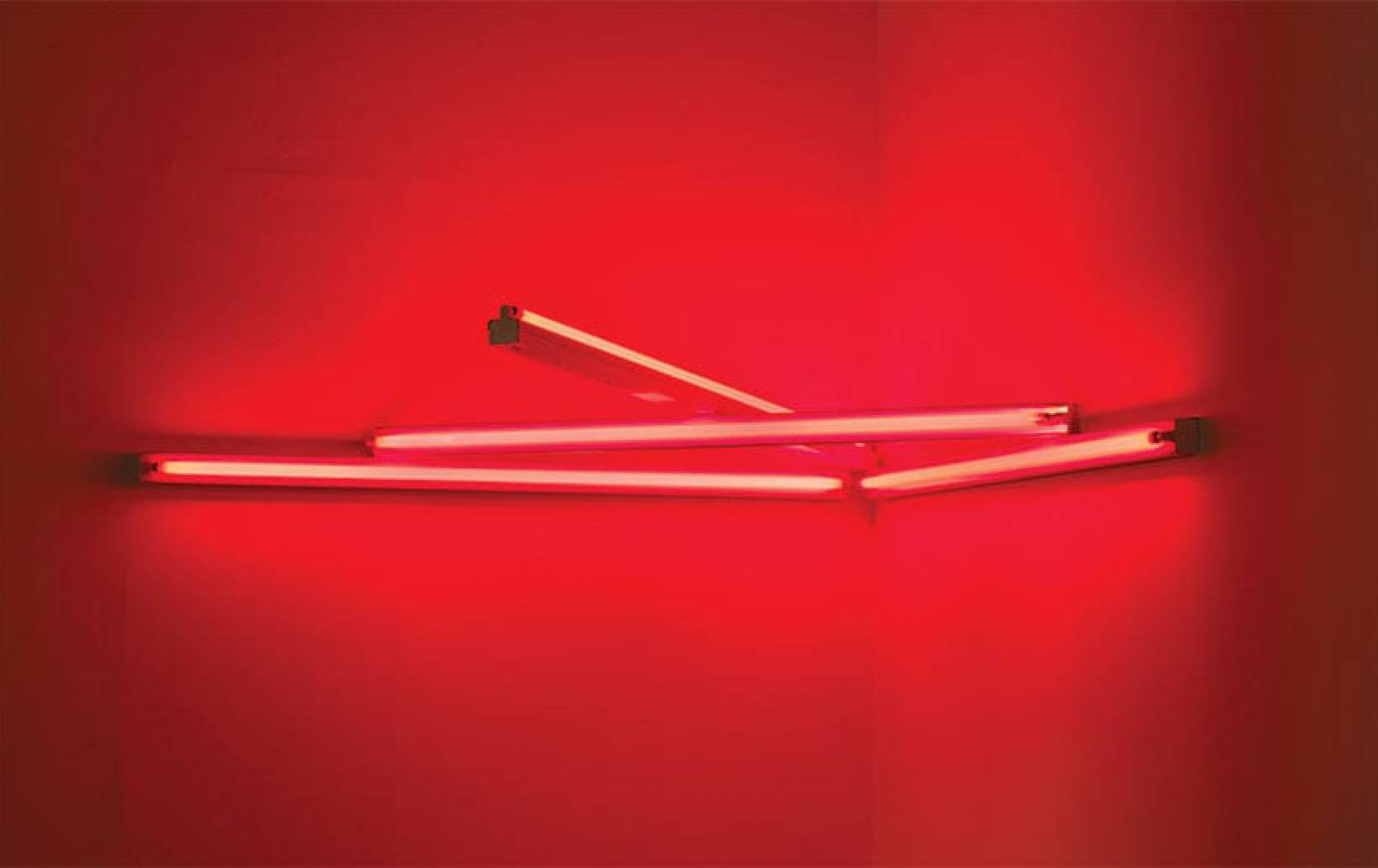 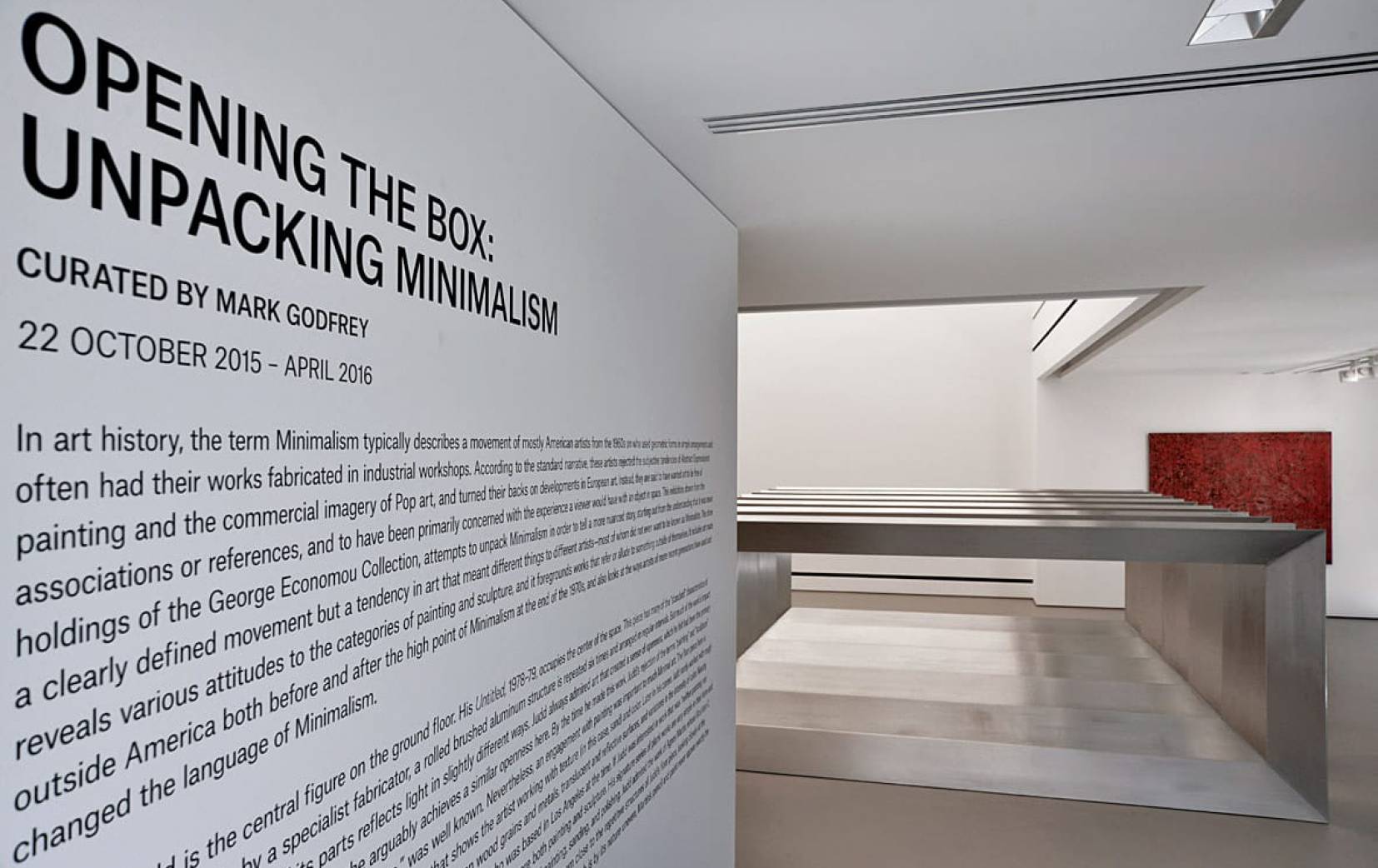 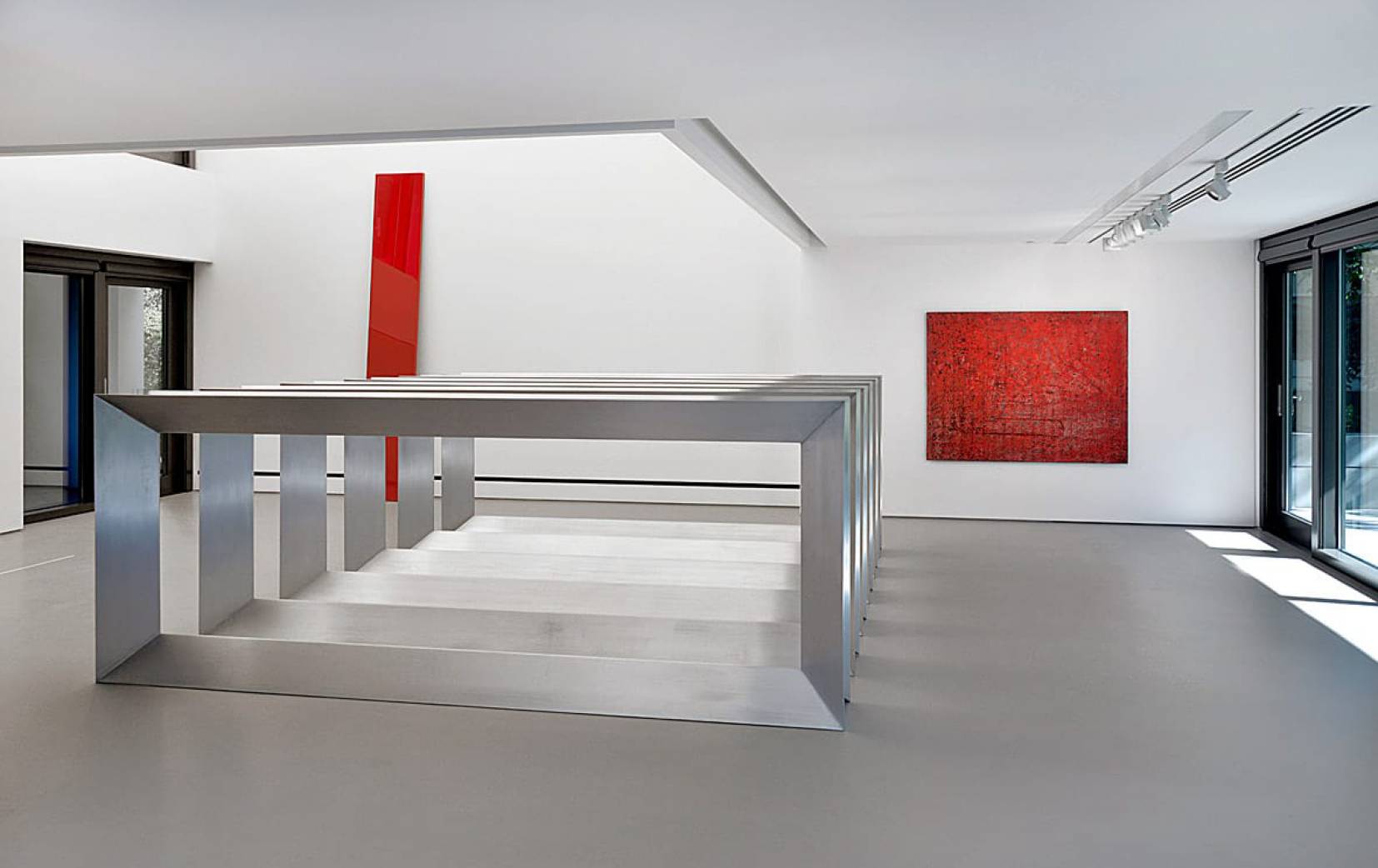 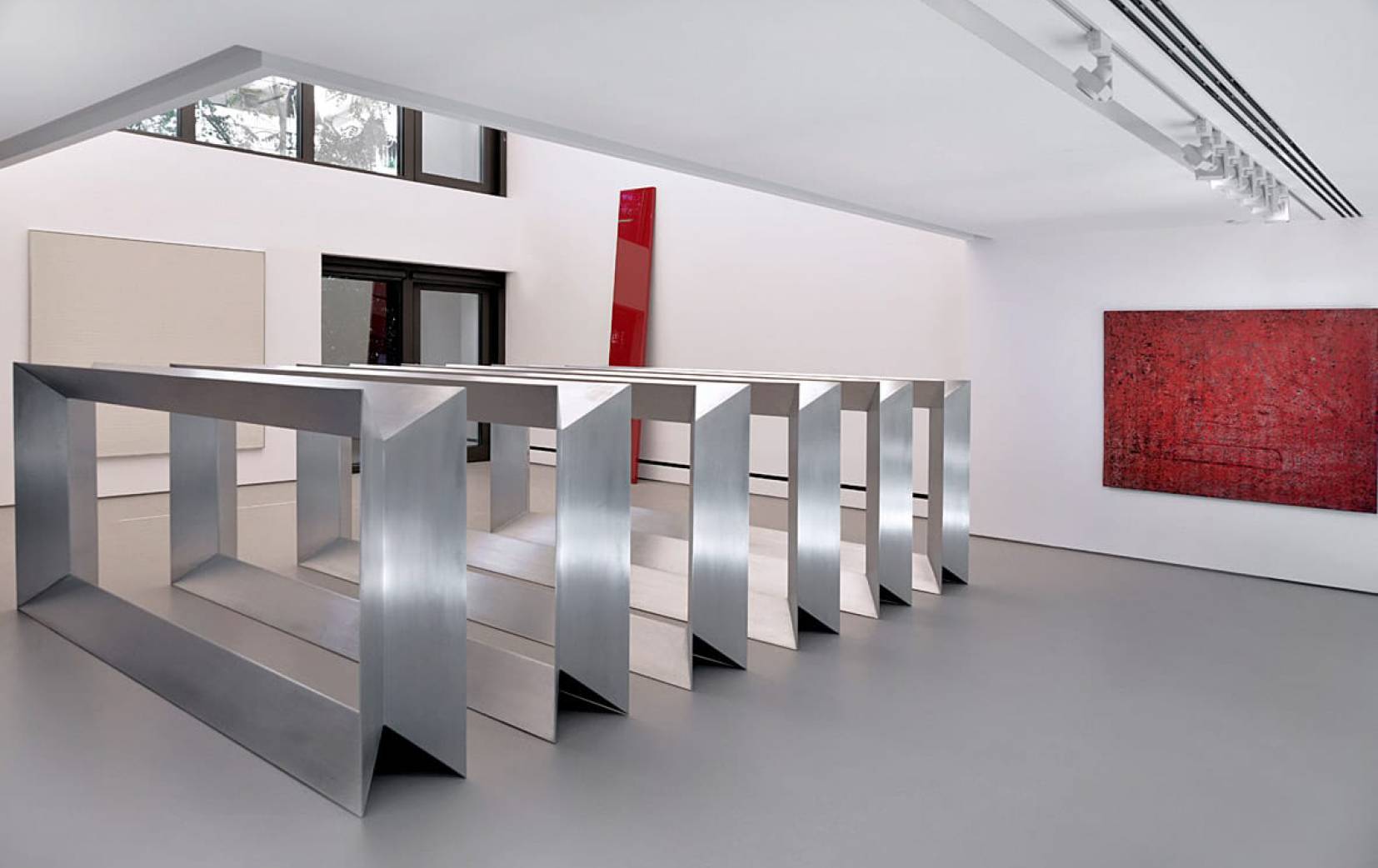 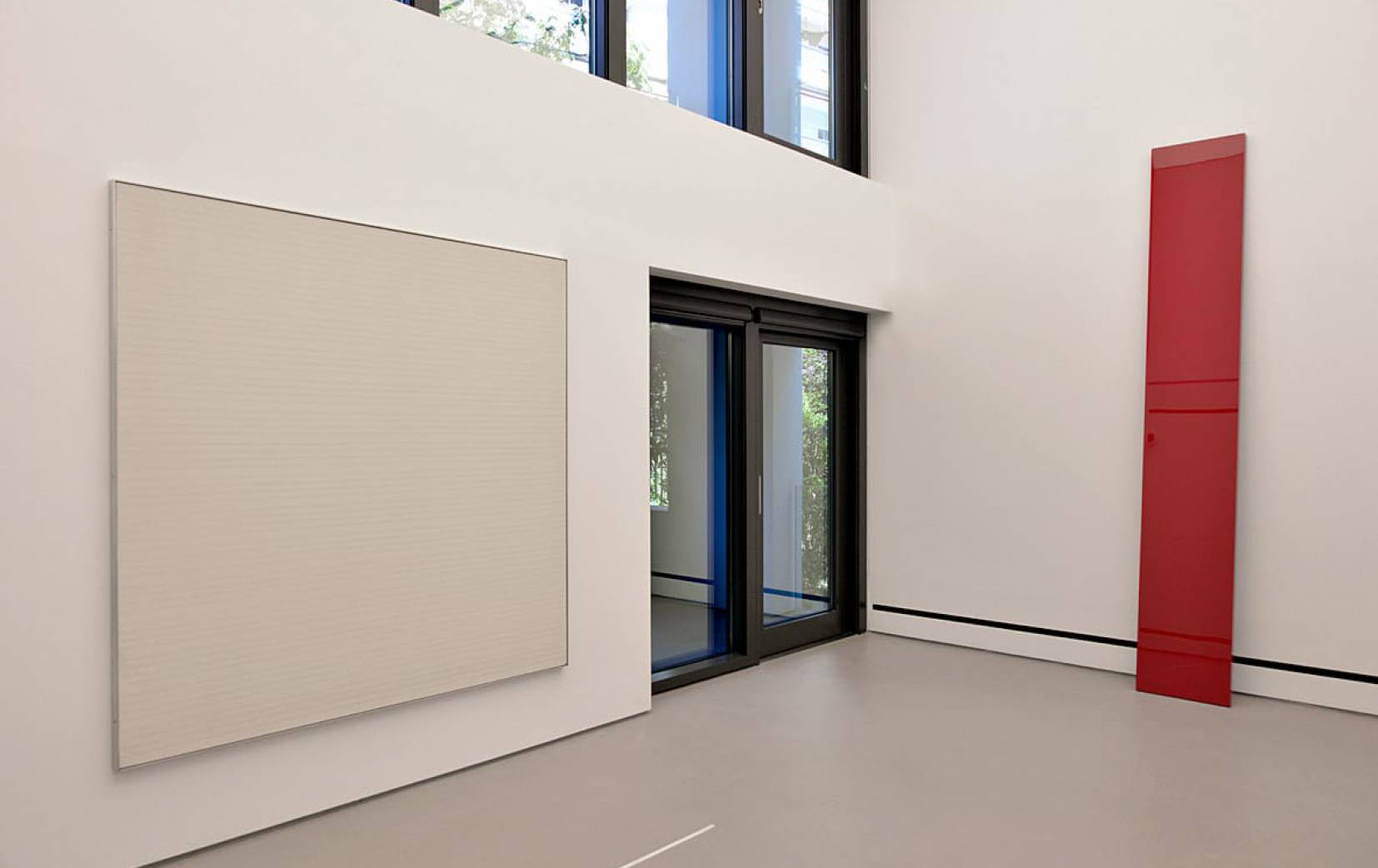 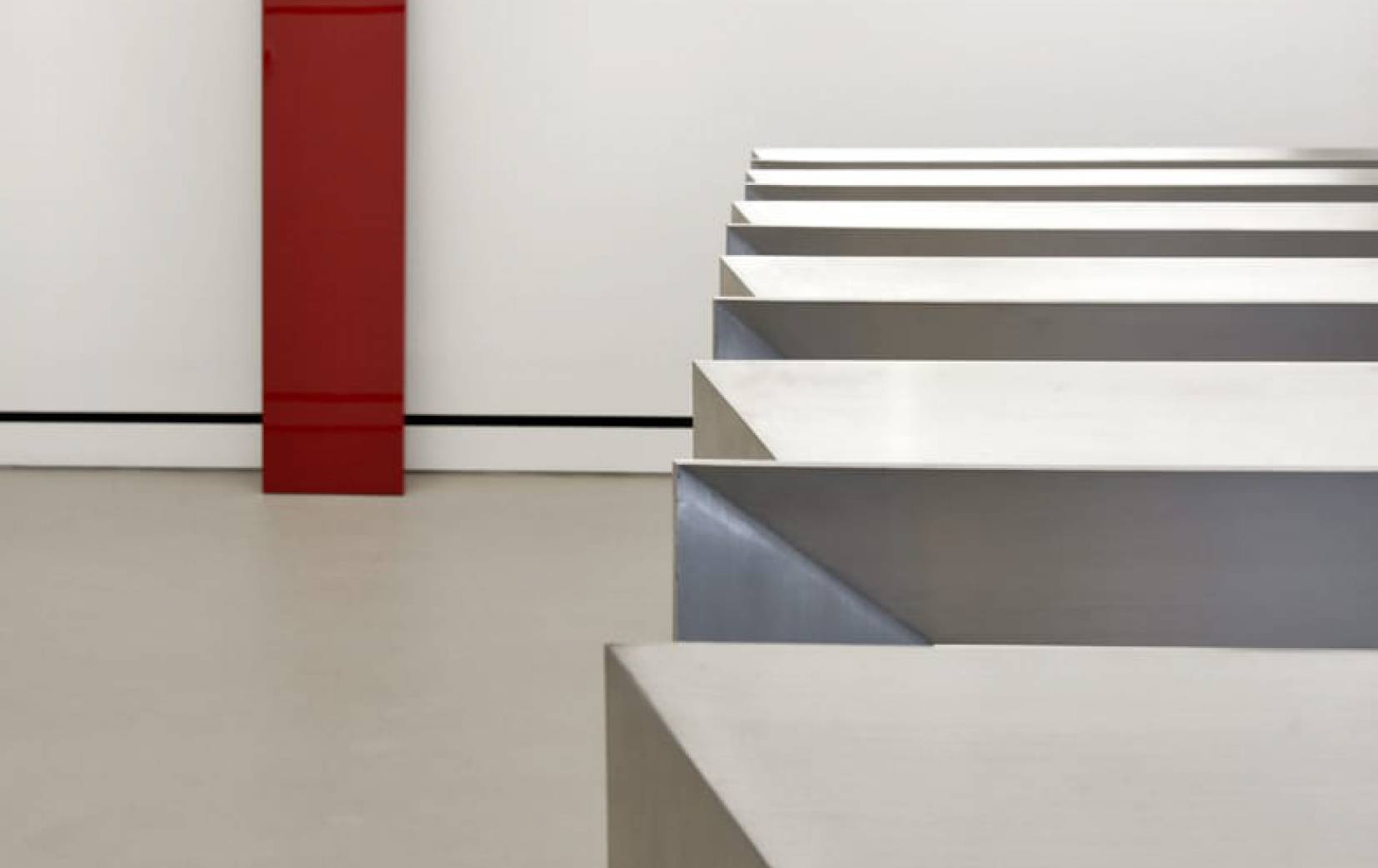 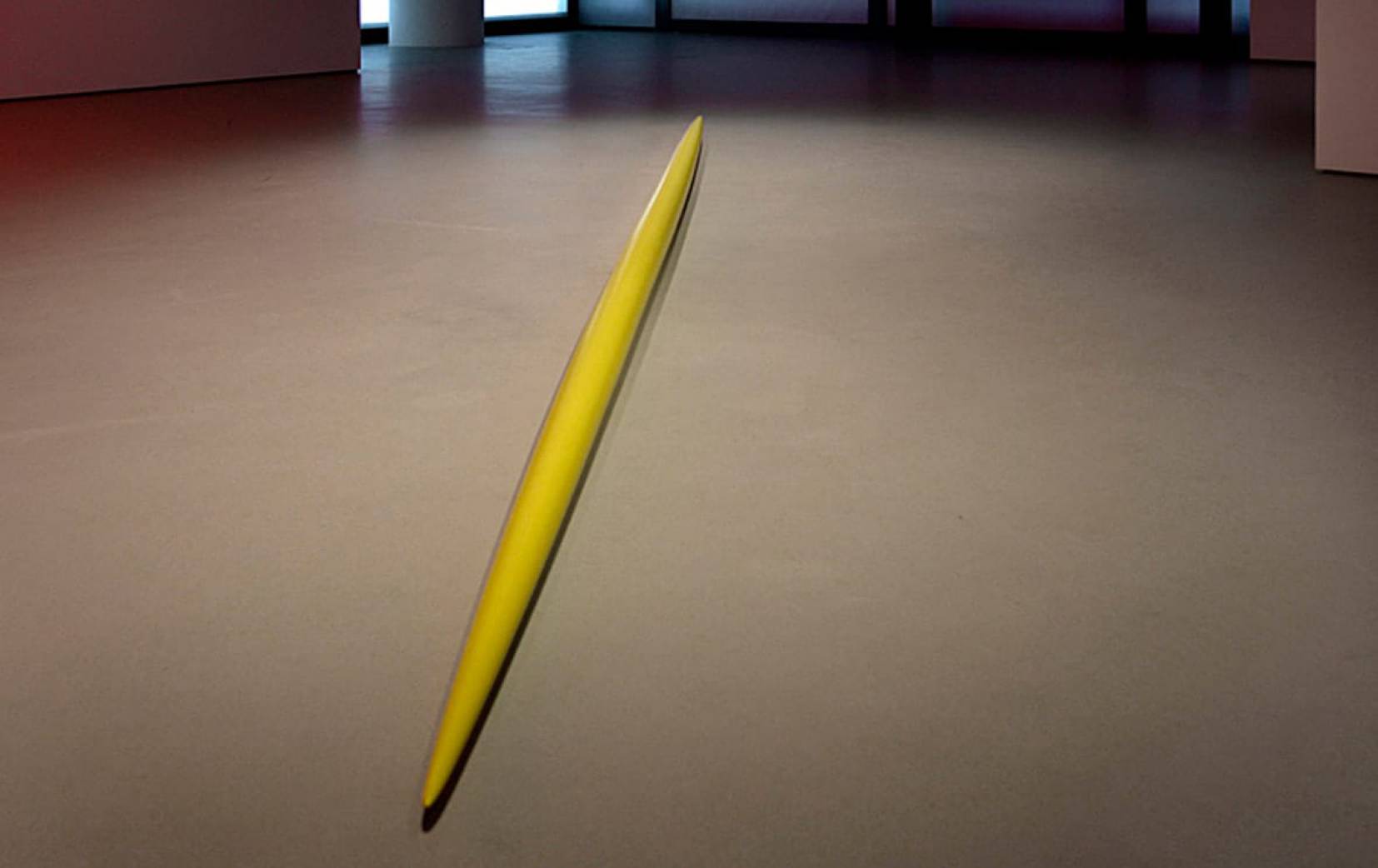 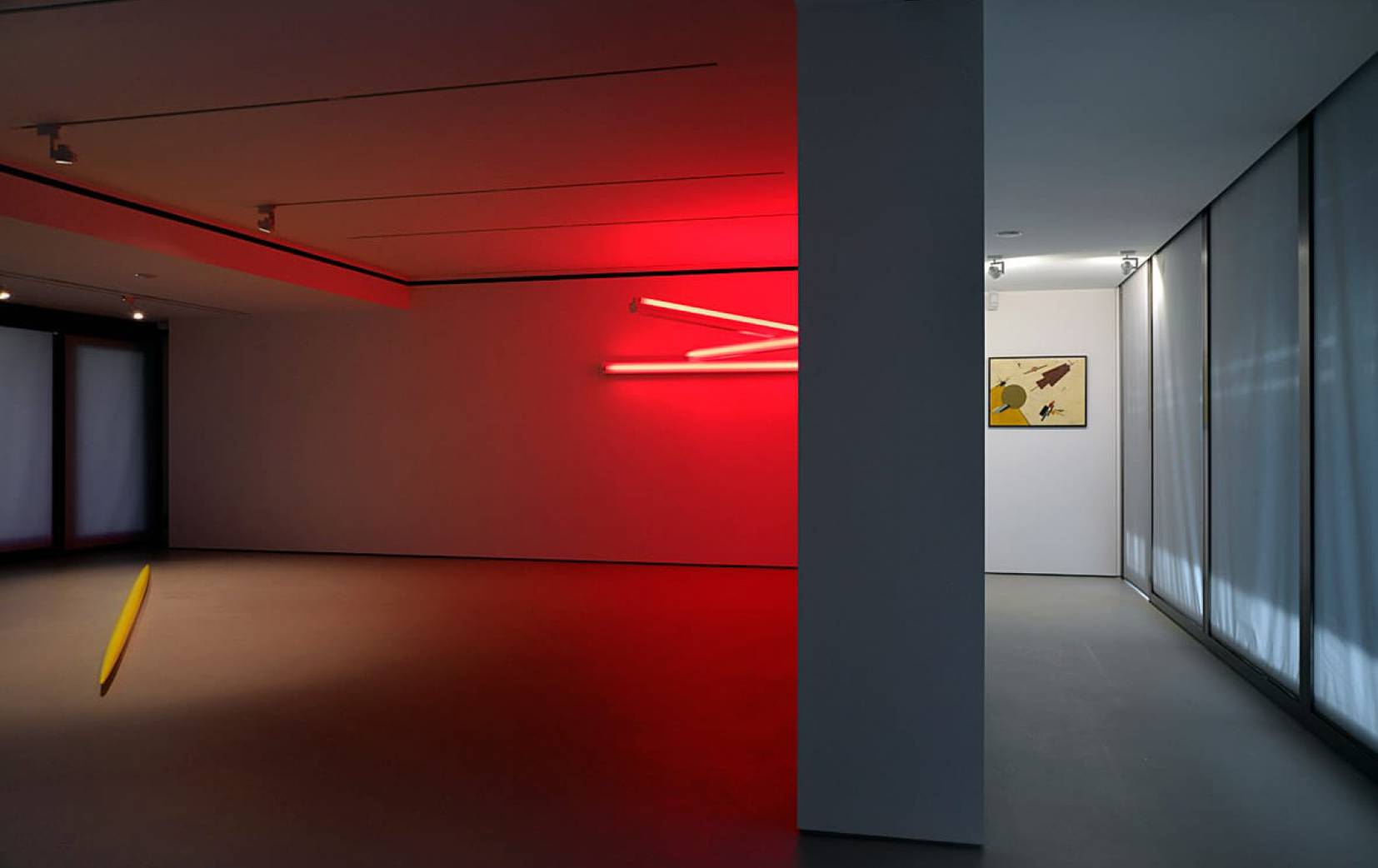 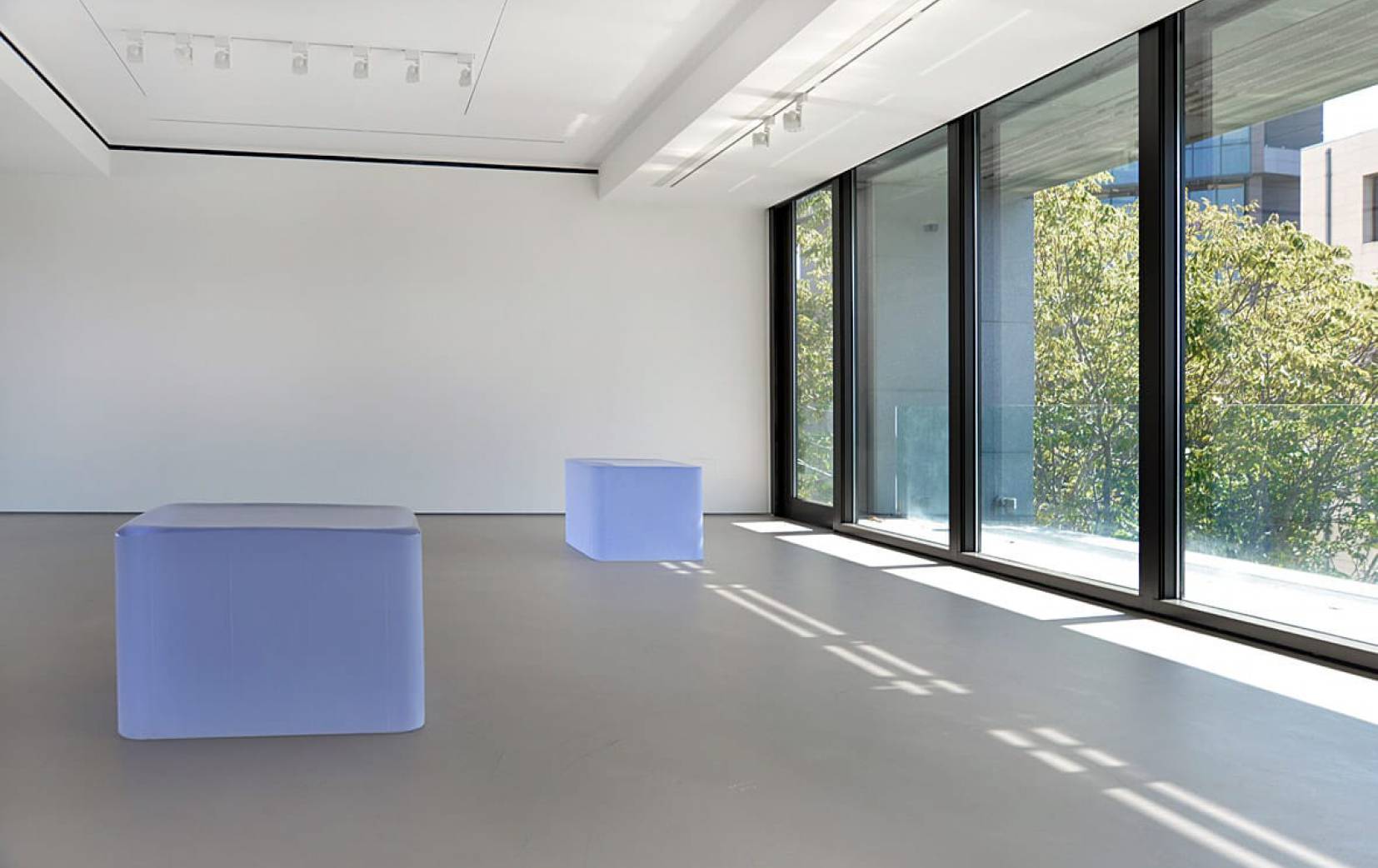 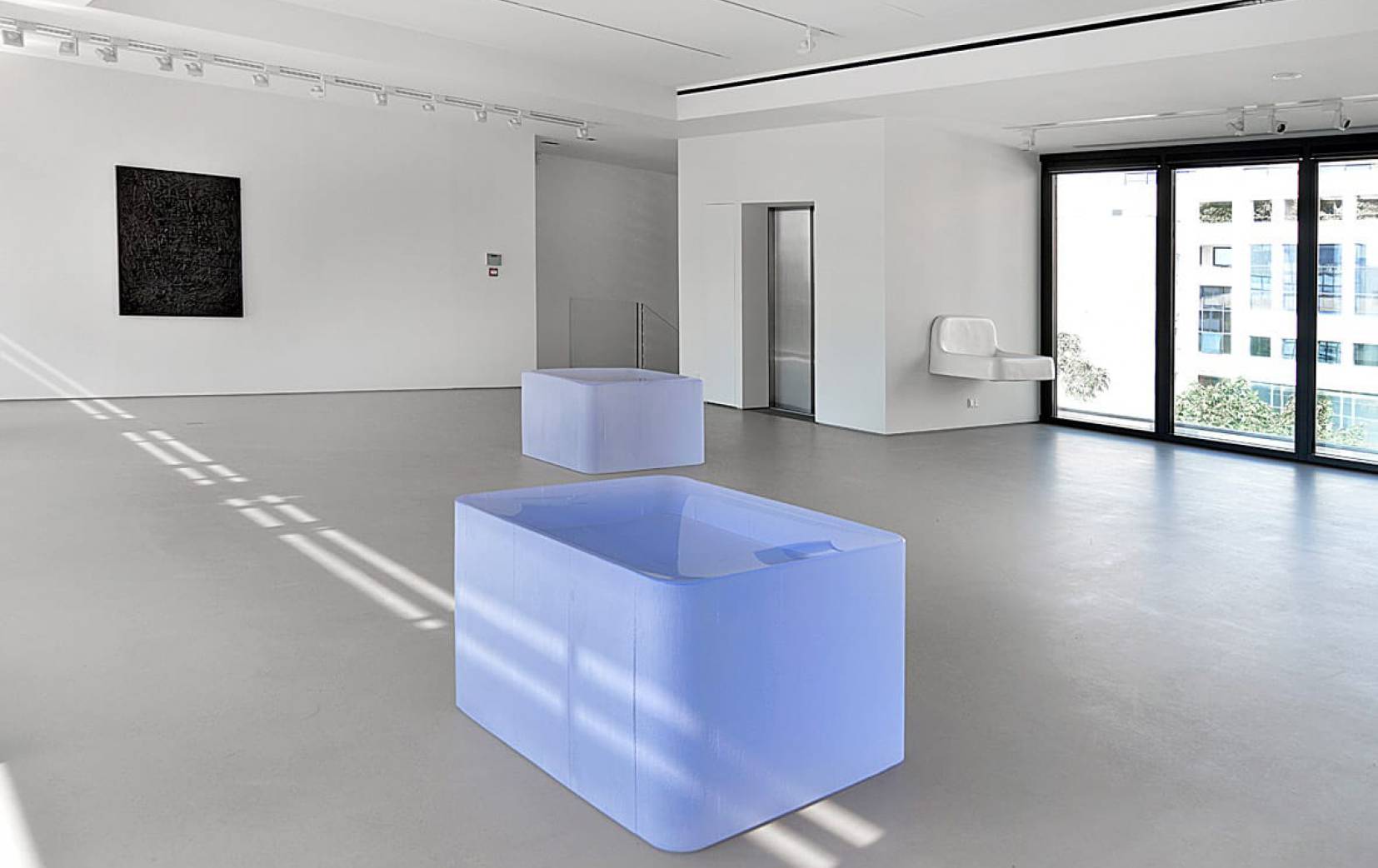 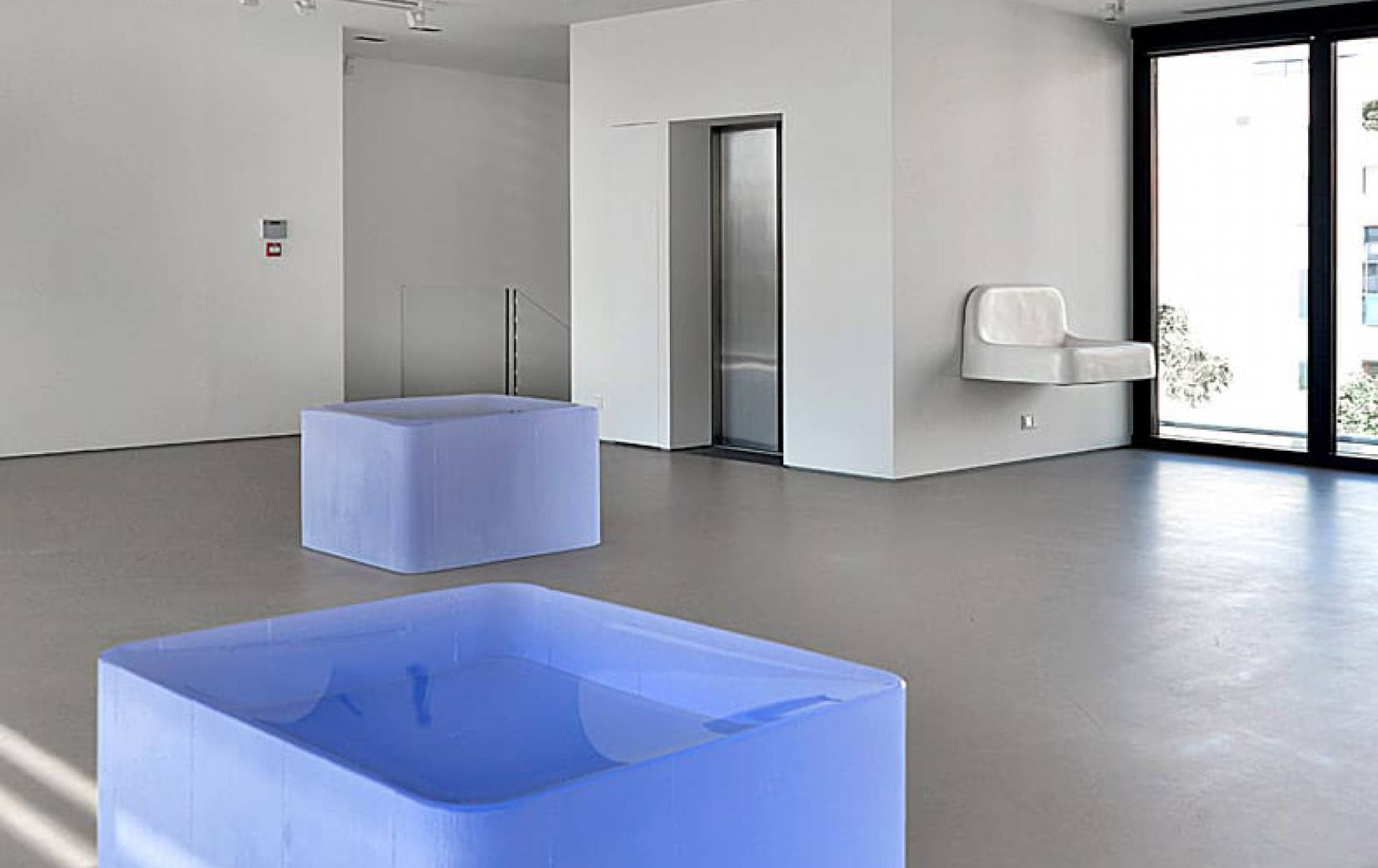 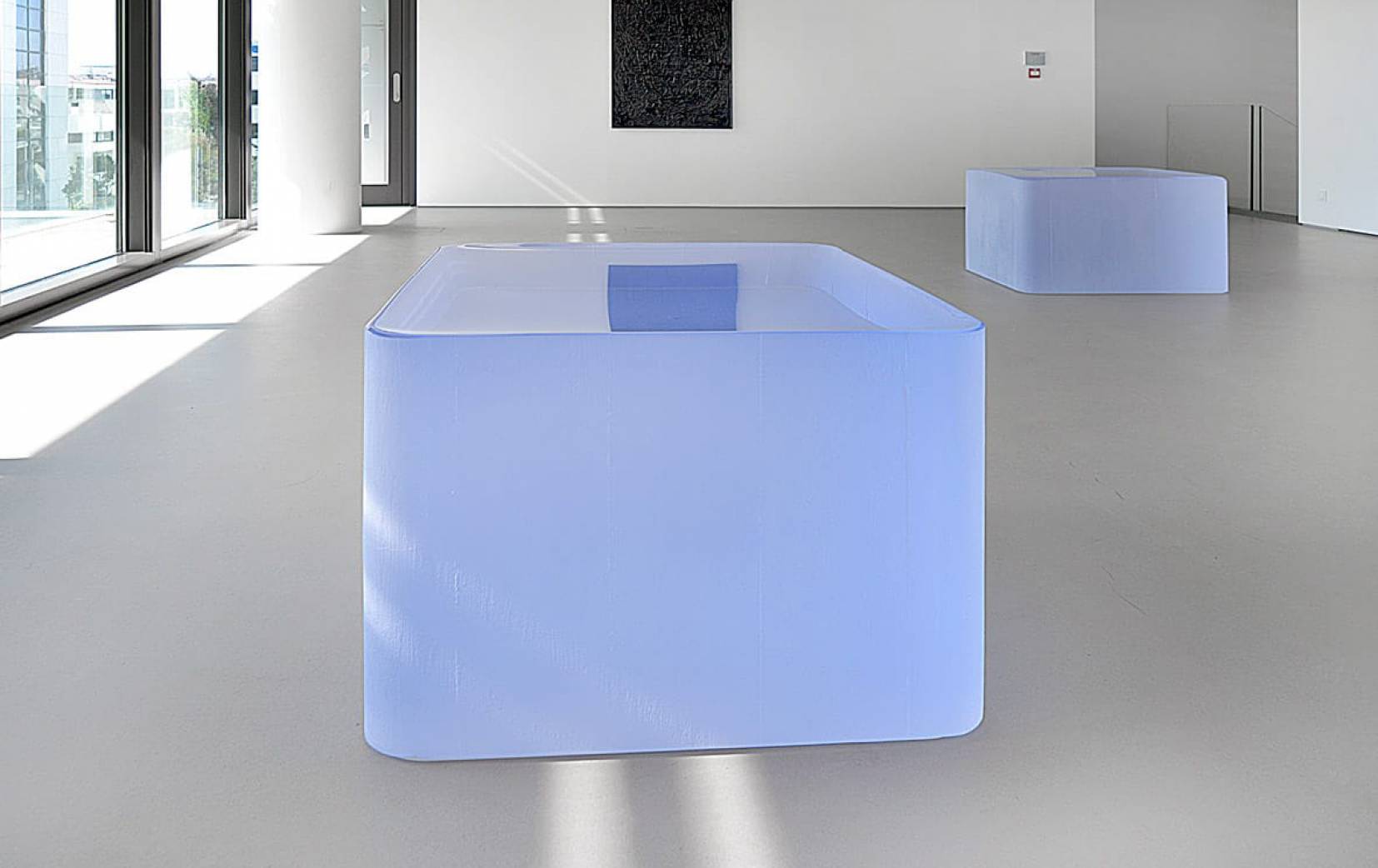 Mark Godfrey discusses with Skarlet Smatana, director of the Economou Collection at 8pm on 22nd October

When people think of Minimalism, they often think of a generic grey metal box that has been fabricated in a workshop in the United States and is displayed with other similar if not identical boxes. Although this box often features in accounts of Minimalism, it is a mythical, rather than a real artwork. This exhibition of ten works from the George Economou Collection attempts to tell a more nuanced story about Minimalism by looking at a number of different debates, places and time periods.

On the ground floor, three works surround a magnificent 1978 brushed aluminium “channel” piece by Donald Judd comprised of six open modular units, an early relief of Judd’s from 1961, a 1966 painting by Agnes Martin and a 1988 plank by John McCracken. This ensemble already raises several intriguing questions: given the compositional ideas Judd’s work shares with Agnes Martin's, was he mistaken in so often dismissing painting? And how did John McCracken negotiate the relationship of painting and sculpture when he leaned his works between the wall and the floor? What role did colour play for Judd and McCracken, and how did they approach the difference between applied and integral colour? What differentiates these two artists’ handling of texture and reflectivity?

Entering the darkened space on the second floor, viewers encounter Dan Flavin’s monument 4 for those who have been killed in ambush (to P. K. who reminded me about death), 1966, whose top element points towards them from the corner. This is a rare work for Flavin, made entirely with red fluorescent lamps, and directly addresses the violence of the Vietnam War. If this piece foregrounds the relationship between Minimalism and its historical moment, the other two works on this floor look back and forwards from this time. Nikolai Suetin’s 1921 Suprematist Composition shows various precedents for the diagonal composition of Flavin's work in another moment of historical crisis, while Isa Genzken's Gelbes Ellipsoid (Yellow Ellipsoid), 1976, is one of the best examples of the German reception of Minimalism in the 1970s: a wooden form created with the use of computers, reminiscent of a javelin or a spear, but lying directly on the floor.

On the light-filled top floor, works by a subsequent generation of artists reveal how they turned Minimalism’s formal vocabulary to new ends, addressing desire, loss and identity. Robert Gober's The Silent Sink, 1984, may evoke Judd's wall-mounted stacks, yet the representation of a sink and plug-hole introduces thoughts of the body, along with loss, cleanliness and dirt, even disease. Roni Horn's Untitled (Billie), Untitled (Holiday), 2012, is a cast glass sculpture in two parts. At various times of the day, one will glow in the sunlight, while the other will be in shade—which one can link to the tragic and romantic poles of Billie Holiday's music. The third work in the space, Rashid Johnson's Cosmic Slop "Hotter than July", 2014, also carries a title alluding to African American music: in this case, Stevie Wonder's legendary album as well as Funkadelic’s ‘Cosmic Slop’. In this monochrome, made with black soap and wax, the gestures that Minimalism banished have returned.

By the time the viewer leaves the exhibition, the reductive concept of the 'Minimal box' will have collapsed in on itself. The show makes clear that a Minimal tendency has existed in art from the 1920s to the present; artists related to Minimalism have worked with a wide range of materials, colours and textures; they have explored formal ideas and engaged deeply with the world around them. For all its supposed coolness, Minimalism can be hot as well as cold: it has many different moods.